Counting Time in Music with the Human Voice

Counting in music is a system of regularly occurring syllables used to vocalize a rhythm. Musicians who are studying rhythms can use these systems to more easily identify which beat a note falls on within a bar.

Taking counting a step farther, verbalizing the rhythms through a counting system can also help clarify stressed beats and rests.

There are many types of counting systems that use a variety of different sounds depending on note types. In this article, we show you how to count music using the "1 E & A" counting system.

What Are the Types of Counting Systems?

There are many types of counting systems for music all around the world. "Number systems" are counting systems which incorporate numbers for counting beats. Syllable systems, on the other hand, assign a random word to a rhythm to count each beat, such as "Ta" or "Du".

The "1 E & A" counting system, since it vocalizes numbers, is considered a number system for counting music.

How To Count Music with the "1 E & A" Counting System

A Comprehensive Guide to Counting with "1 E & A"

The previous section provided a pretty basic overview for how the "1 E & A" counting system works. As students begin to encounter more advanced rhythms in their music, they may benefit from a few rules.

An example of counting a simple song

An example of counting some more complex rhythms

If you find it tiring to count rhythms out loud, you might benefit from using SpeakBeat Metronome, an app available free on the App Store. This app counts the beats out loud using a human voice so you don't have to! 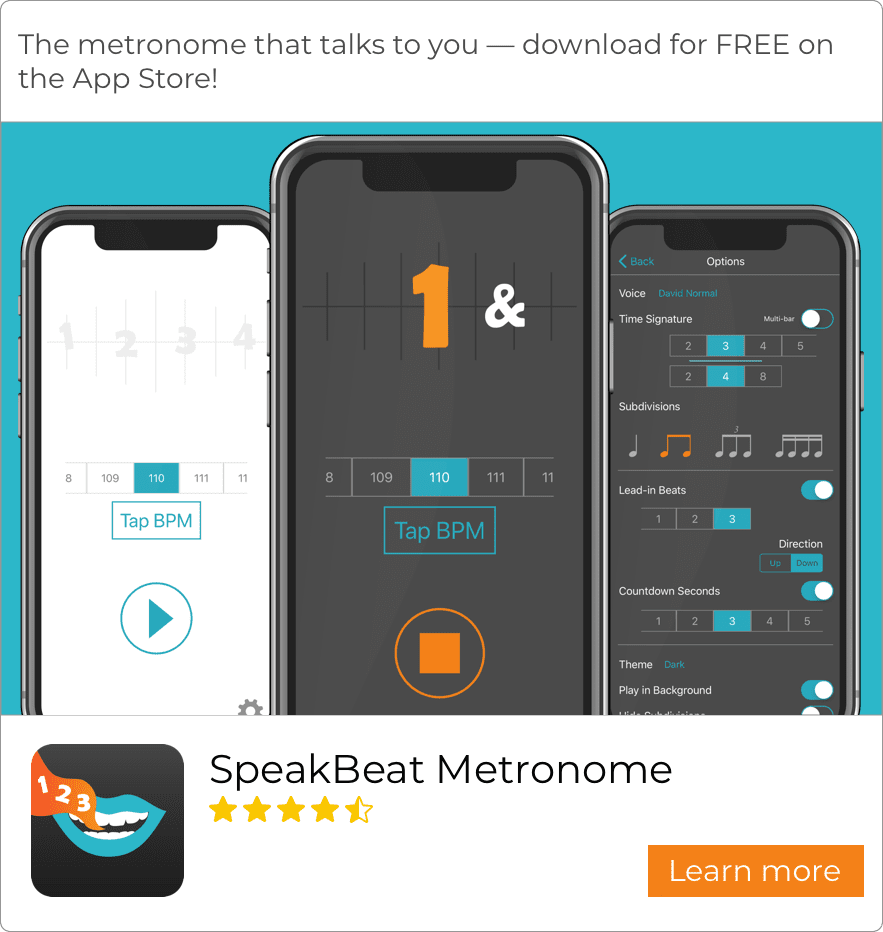